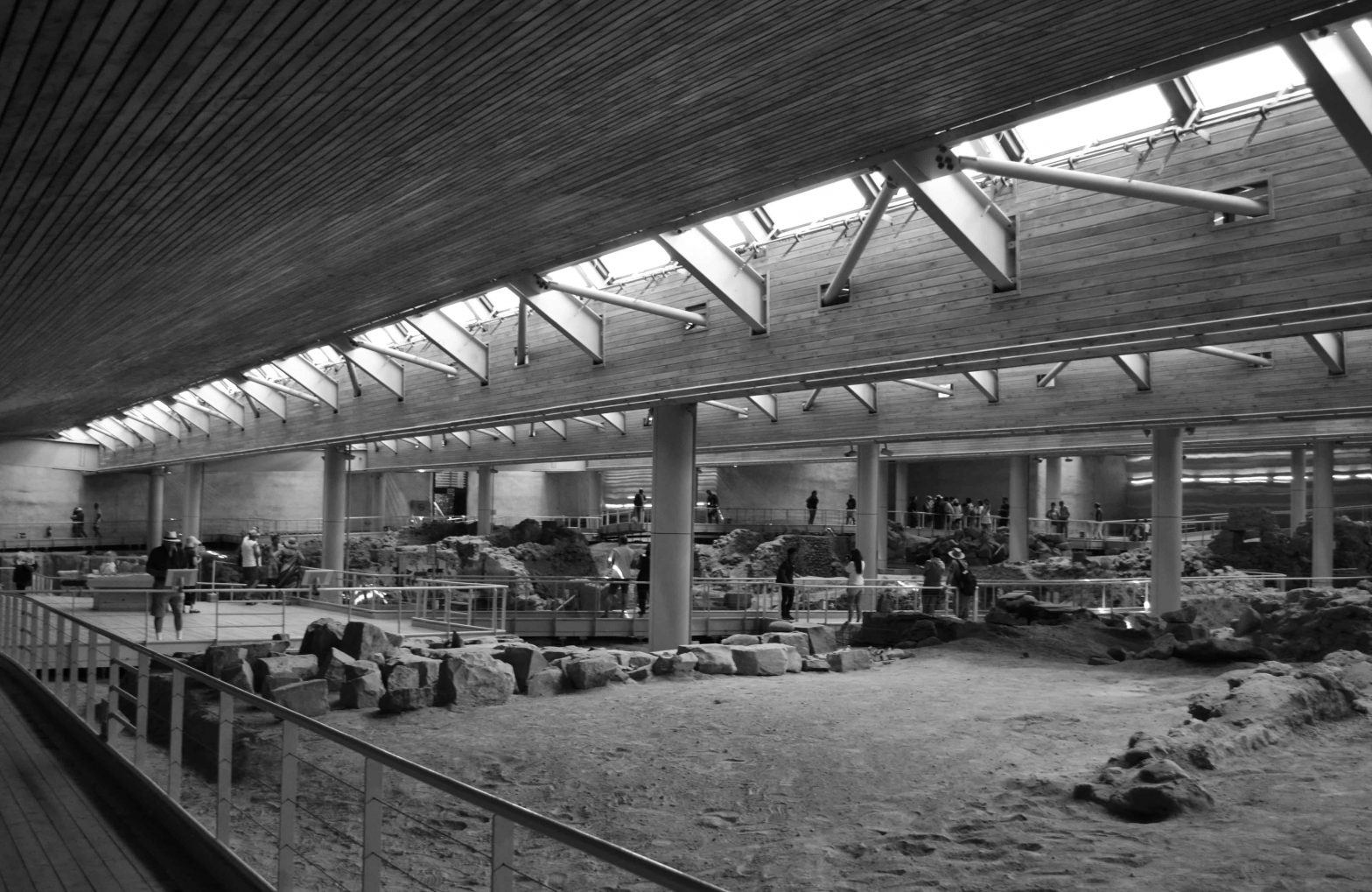 “I do love these ancient ruins. We never tread upon them but we set our foot upon some reverend history”

Traveling can be a lot more than we think. Walking through the same streets that the habitants of Santorini on 1.500 BC were walking, is definitely charming and invaluable. But, what makes it a once-in-a-lifetime-experience is the fact the 3.500 years old town of Santorini remains uninfluenced by time.

On 1967, the excavation of Akrotiri, known as the “Pompeii of Santorini”, brought to light a perfectly preserved city which was at the zenith of its power and its wealth when it was destroyed in the mid-second millennium BC. The settlement that its name means promontory, is located at the southwestern part of the island and it is a real promontory. 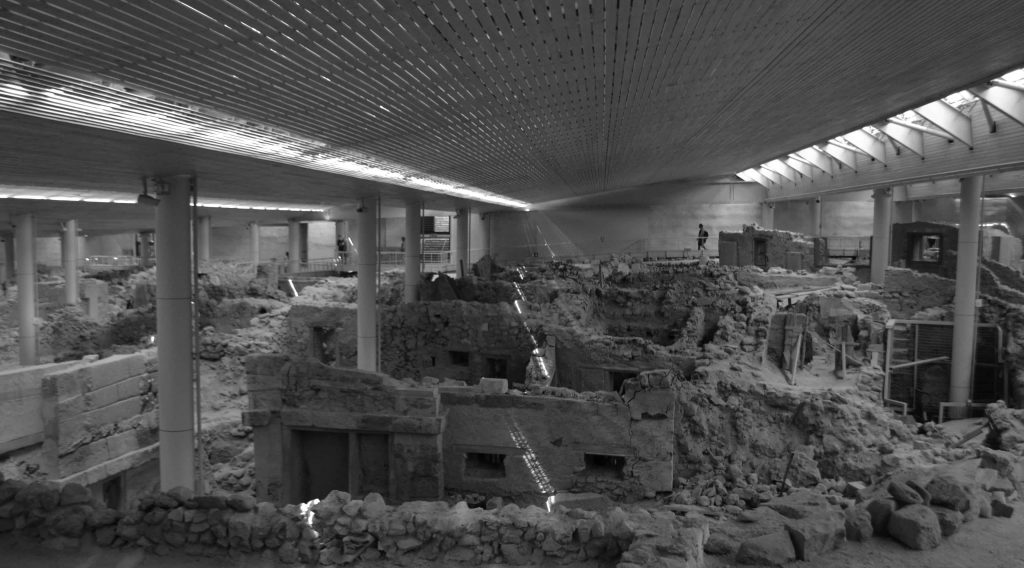 First signs of habitation in Akrotiri date back to the Late Neolithic Period. By the Early Bronze Age, there was a settlement in Akrotiri that was expanded in the Middle and Late Bronze Age, becoming one of the main urban centers of the Aegean. But, nature had other plans. The growth in the town ended at the end of the 17th century BC, when its inhabitants left due to powerful seismic foreshocks. Then, the volcano erupted. Volcanic material covered the town and the rest of the island, preserving the buildings and their contents. The volcanic lava is the element that both destroyed and protected it for so long.

What happened to the people of Santorini is a mystery, because no skeletons were found. The “previous” island of Santorini was destroyed or submerged. Your visit is an archeological treasure hunt.

From afar, all you can see is the familiar dry landscape of Santorini and a stoned path. Some trees will offer you their relieving shade. You cannot notice ruins. Just a kind of a roof structure. This roof is the shelter of your “treasure”. 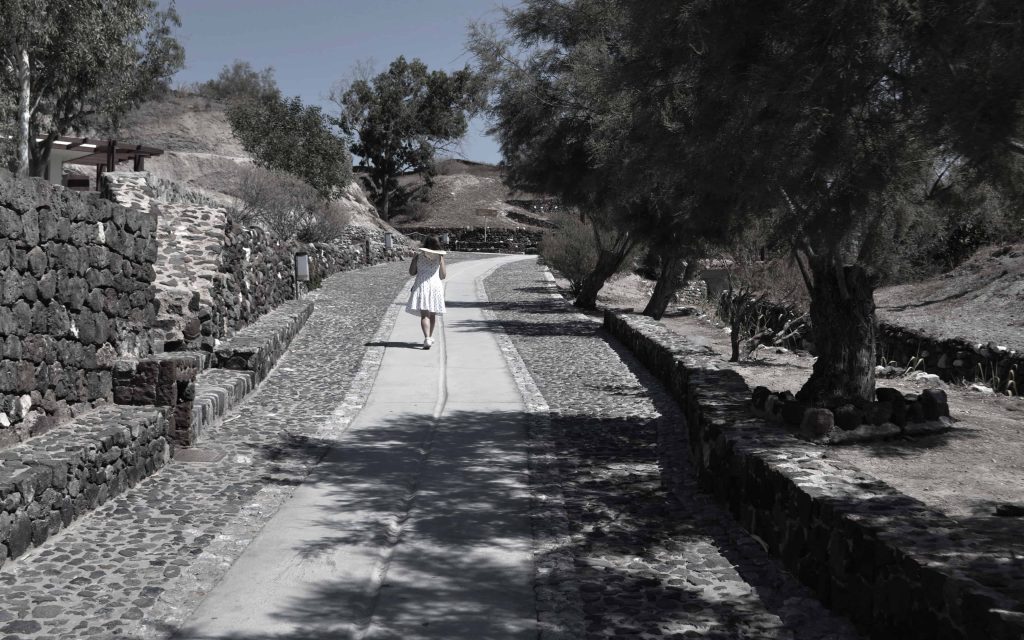 Why are people still going there?

The archeological site is only a small part of the town of Akrotiri but is more than enough for the visitor to feel its majestic energy. The houses are large, multi-storeyed, with a big staircase that leads you to the terrasse. The houses of Akrotiri speak of an affluent society and a cultivated standard of living. This is confirmed not only by the wonderful frescoes that adorn at least one room of each house but also by the latrine facilities in some houses! There are squares and system of streets at the same level as the ancient town. You can almost hear the locals of 1.500 BC talking and organizing their everyday life. 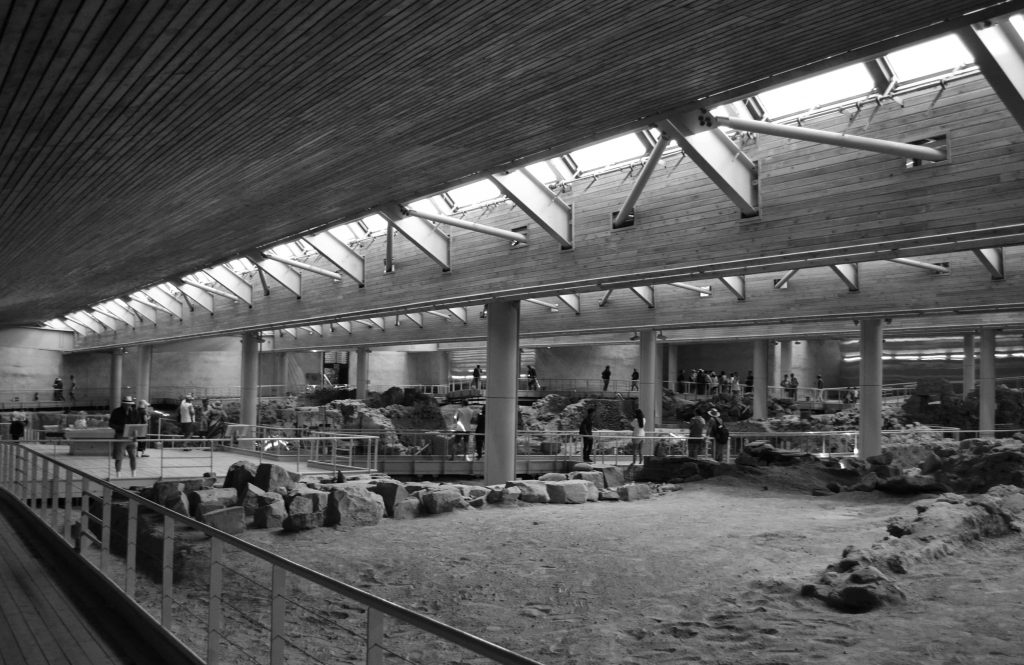 There is an opinion from some historians that this place was the inspiration behind Plato’s story of Atlantis.

{It is about a fictional island that at the end is falling out of favor with the deities, submerging into the Atlantic Ocean.}

Veritably, you are not going to solve the mystery of Lost Atlantis by visiting Akrotiri. Maybe you will love a little more the lost cities and their stories.

In the end, mysterious stories are made for permitting the imagination to finish the unwritten parts.

So, do your job, imagine and create your own unique story of Akrotiri.