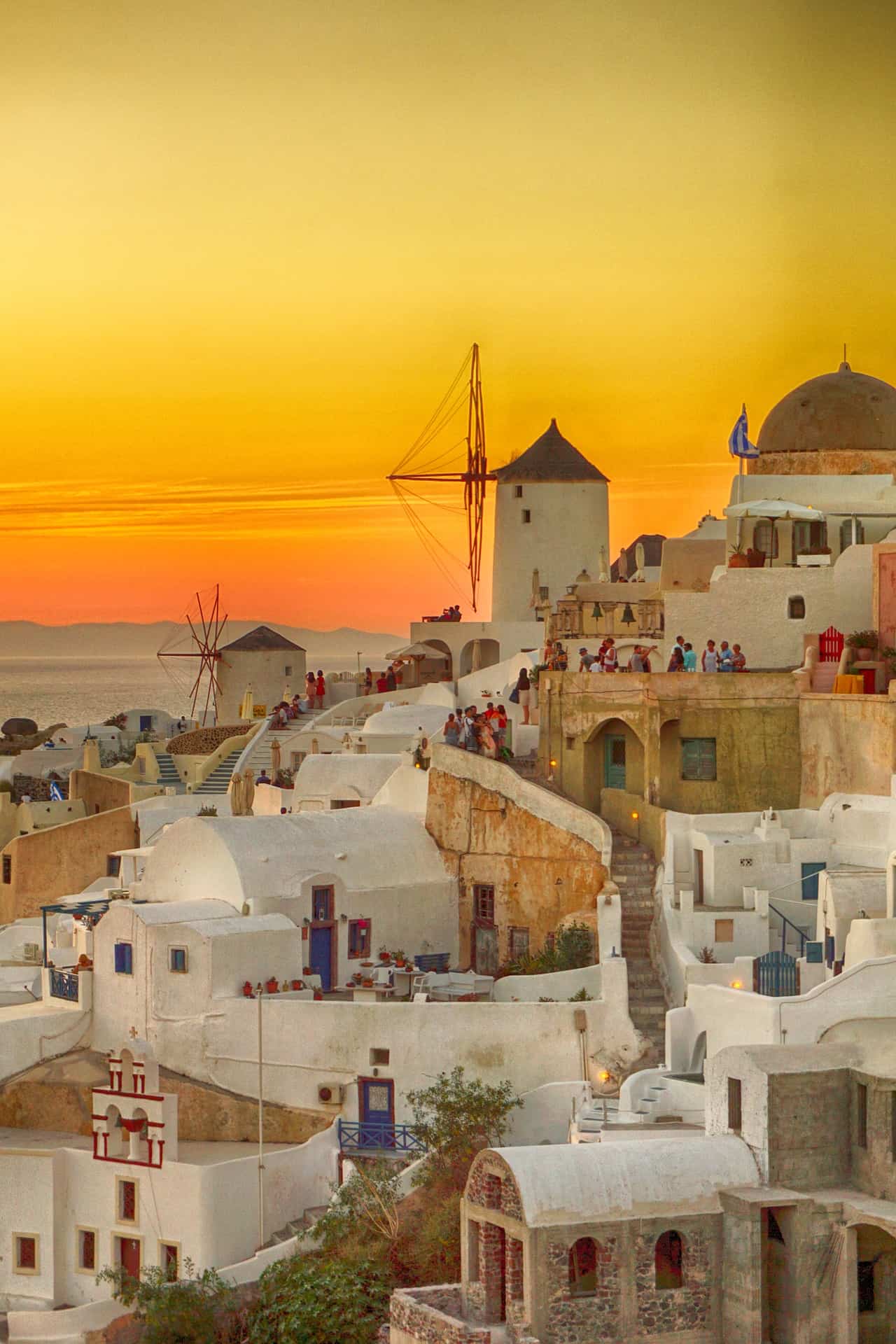 A story for Santorini

Beyond the classic Greek blue and white, Santorini is an island of orange and red, purple and yellow, green and pink.

The little buildings of the settlements are painted with pastel colors. The cliffs made up of layers of volcanic rock and soil, are banded with bright hues. The color palette of Santorini is extraordinary and majestic.

when history is connected with volcanoes… 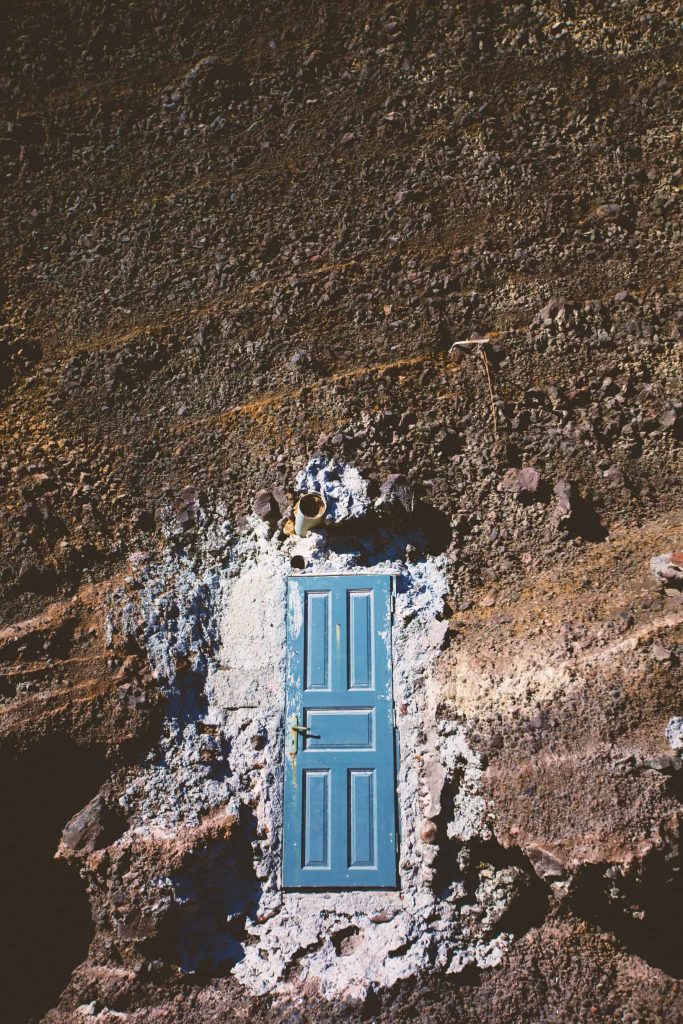 Prior to 1620 BC, the island of Santorini was built up by layers of lava created by overlapping shield volcanoes. Furthermore, it had experienced three significant eruptions that formed overlapping calderas.

Around 1620 BC, the fourth and latest major eruption created the present-day islands and caldera bay of Santorini Volcano.

Volcano as a gift

The volcano is not only responsible for disasters and catastrophe but also for the special volcanic soil. Nature offered to Santorini the most impressive natural color mixing and texture combination. In the foreground, the caldera cliffs show some of the extraordinary colors of the volcanic rocks and the flora that thrive in the mineral-rich soil.

A beach for every color

The volcanic origin of Santorini is also obvious at the beaches, which come in a variety of hues. A glance at a map looks like a passage from a modern painting Russian avant-garde: Red Beach, White Beach, Black Beach. The pebbles and sand come from hardened lava, and the colors vary depending on which geological layer has been exposed. 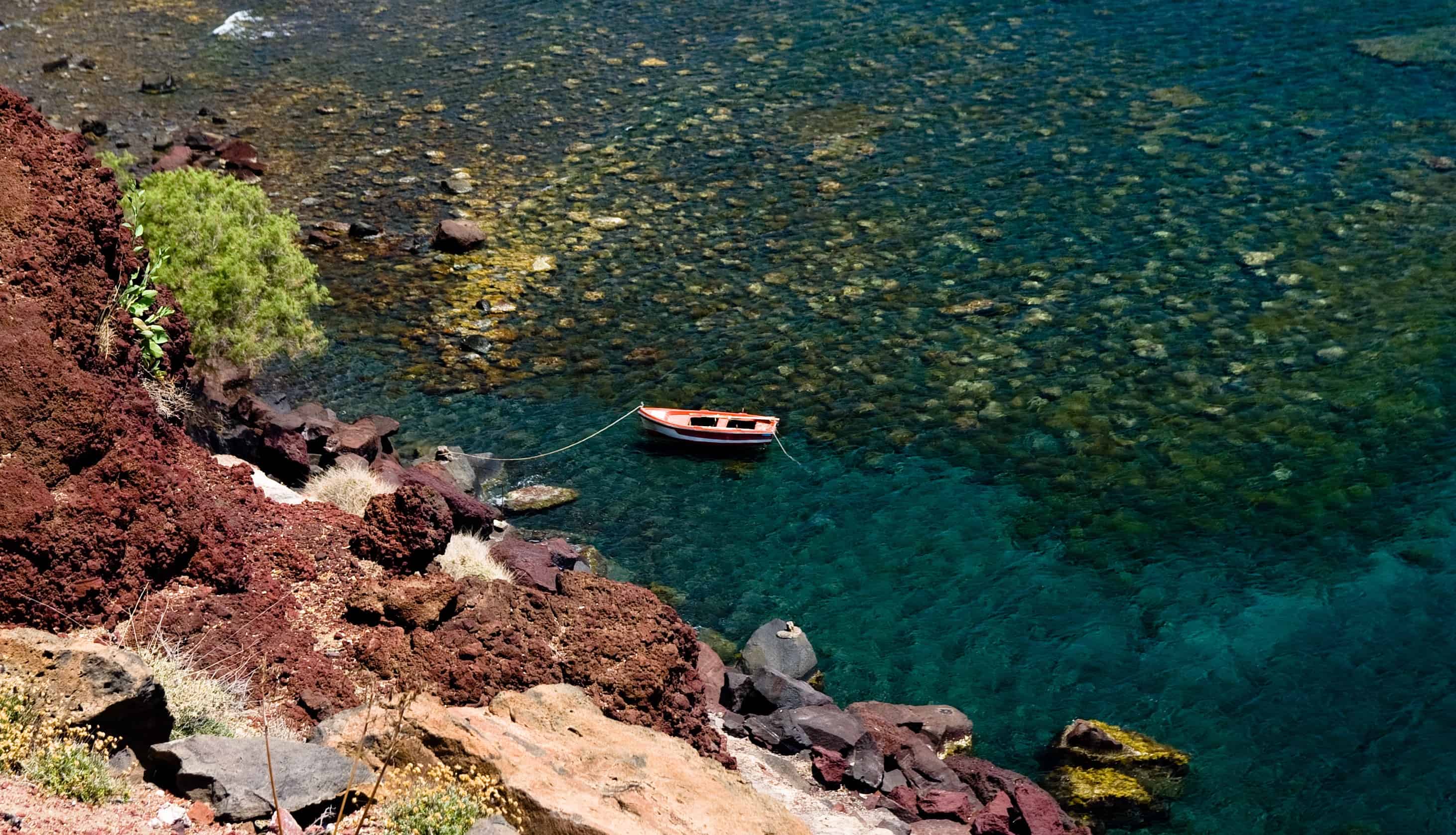 Red beach _ In The Shadow of The Rocks

The hue of the massive rocks at Red Beach comes from iron deposits. The landscape is full of scale and color contrasts. The view of the huge, almost vertical, volcanic rocks and the small, reddish pebbles will take your breath away. The combination of the red rocks, the turquoise water and the black sand of the shore give the impression of outlandishness.

A small beach carved into the side of the mountain with white cliffs as background. The rock formations are gorgeous and the white against the deep blue sea is stunning. In the water, there are plenty of various sized rocks. You can swim beside them or even climb on them if you want to discover a kind of your “personal” moon.

Black Beach _ Lying on The Lava

Due to the former intense activity of the volcano, you can find plenty of beaches with either dark black sand or black pebbles. The black beaches were formed because when lava contacts water, it cools rapidly and shatters into sand that consists of tiny fragments of basalt. So, by visiting them you can easily enjoy lying on lava and swim in warm waters because lava acts as a heat absorber. 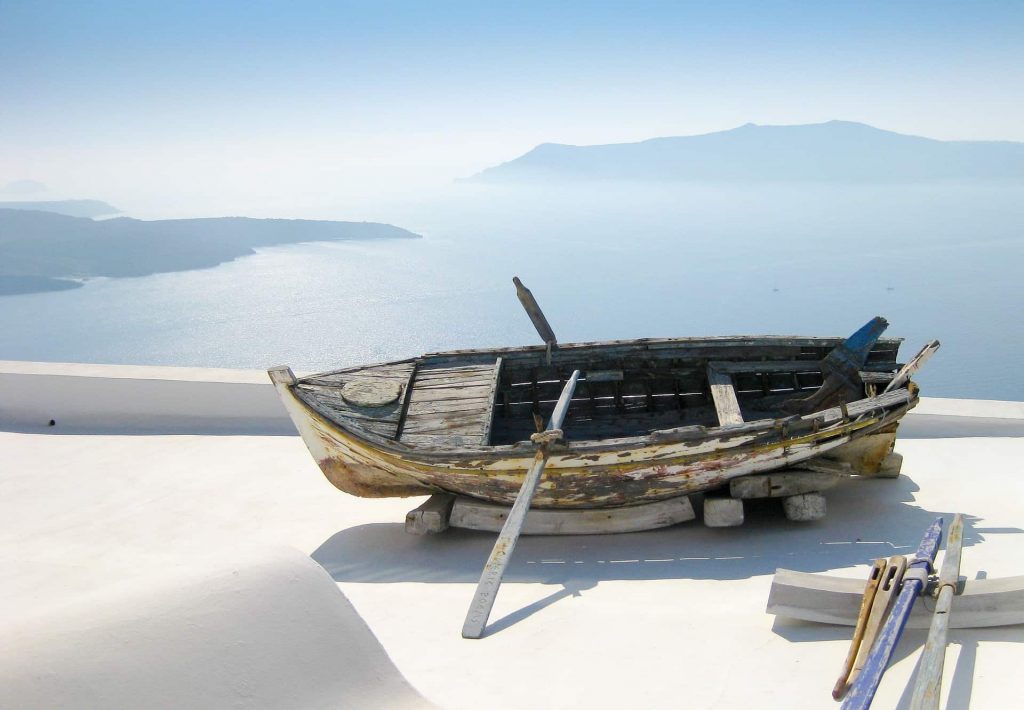 Travelling is about all kinds of pleasure. I think that the most powerful one is the “pleasure of the unconventional”. To see, to feel, to experience, to live something that is not expected to.

So, if the “pleasure of the unconventional” is when you live what is not expected to, then the unexpected is definitively the wild and unique beauty of a beach on Santorini.